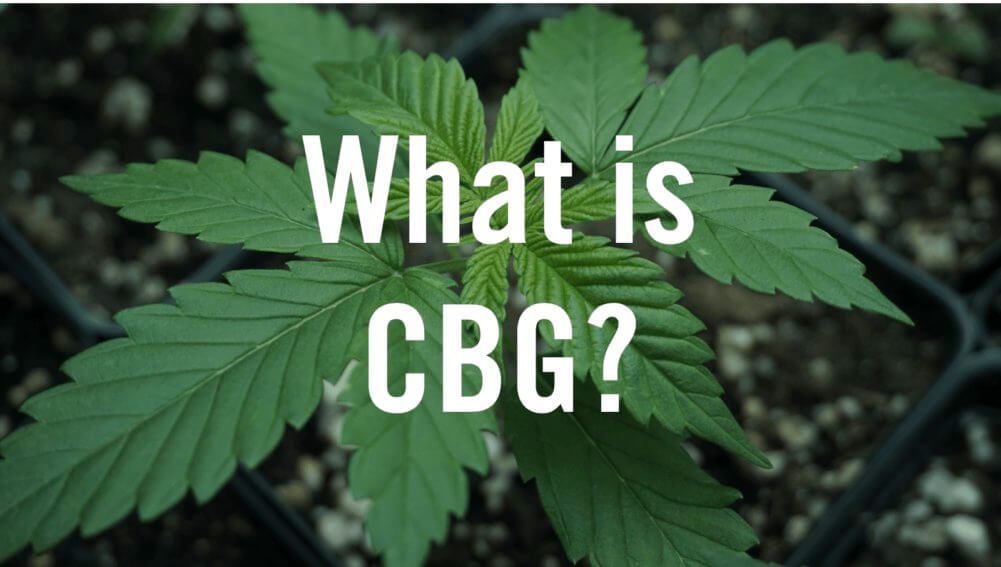 CBG (cannabigerol) is a promising compound, like CBD and THC, found in the cannabis sativa plant.

CBG is a non-intoxicating cannabinoid, meaning that when consumed, it won’t cause any type of euphoric effects like THC. Early evidence suggests that using CBG may be able to suppress THC’s intoxicating effects.

CBG was first discovered and isolated by Israeli scientists Yehiel Gaoni and Ralph Mechoulam in 1964. Japanese researchers found that CBG starts out as CBGA, or cannabigerolic acid, and over time, or when exposed to heat, is synthesized into an active cannabinoid.

How does CBG evolve in the hemp plant?

As the cannabis plant matures, CBGA, which is the acidic form of CBG, is converted by plant enzymes into some ratio of the three major cannabinoid precursors: tetrahydrocannabinolic acid (THCA), cannabidiolic acid (CBDA), and cannabichromenic acid (CBCA).

From the amounts of CBGA that are not converted into these precursors, or any of the other minor cannabinoids, CBG is formed by decarboxylation.

Due to this process, cannabis strains ordinarily contain very little CBG, often below 1 percent by weight. In order to obtain higher yields of CBG within cannabis, specialist plant breeders have begun experimenting with genetic manipulation and crossbreeding.

Scientists have also found they can extract higher levels of CBG from budding plants in the form of a CBG oil about six weeks into the eight-week flowering cycle when CBG levels are highest because it has yet to be converted into other compounds.

How Does CBG interact in the body?

Research is relatively sparse regarding the therapeutic benefits of CBG, when compared to the apparent wealth of information available on THC and CBD within the cannabis science community. But there are early studies linking the compound to a whole host of potential therapeutic effects & uses of CBG:

CBG is legal at the federal level in the United States, provided it comes from hemp. The passage of the 2018 Farm Bill legalized hemp and the plant’s derivatives. The law contained provisions that clarified the legality of all hemp-derived products, including CBG oil.

In June of 2020 Scotch Valley Ranch will be growing hemp that will convert into CBD or CBG. The resulting products will include CBD flower, CBD Flower prerolls, CBD tinctures and CBG oil.