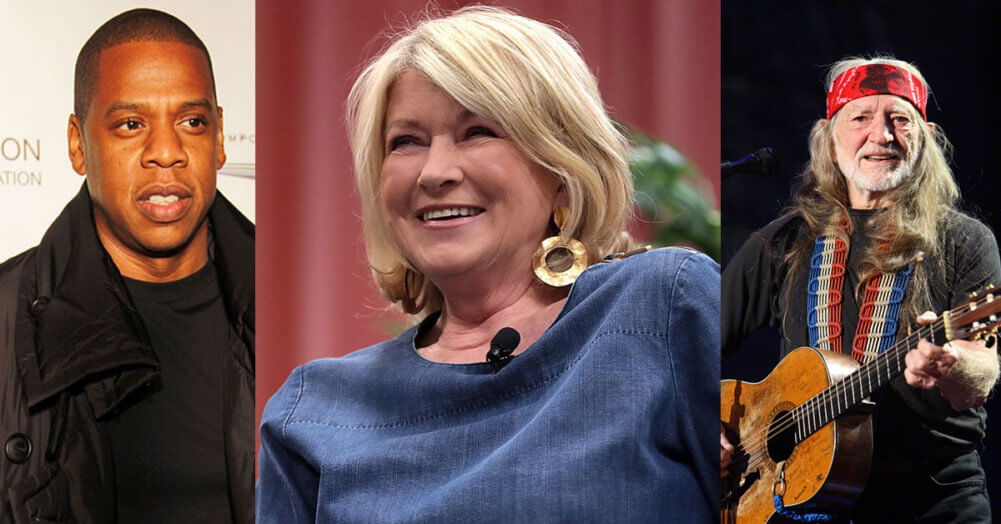 Celebrities are embracing CBD along with their fans. Like many people, celebrities that use CBD to help treat a variety of issues – from anxiety to pain. Many celebrities are starting their own CBD business or collaborating with an existing business. Here are some celebrities who use CBD.

Celebrities That Use and Endorse CBD:

Here the list of celebrities who use CBD and their stories:

The businesswoman and television personality teamed up with Canopy Growth to produce hemp-based CBD products for pets, cosmetics, and food products.

Stewart was quoted recently: “I’ve used various (CBD) creams and patches to try to see if it makes any difference for an aching tendon…they seem to be really effective. It’s not like medicine to me. It’s more like an additive to a daily routine.”

The media personality is a big fan of using CBD. She has hosted a CBD baby shower and uses CBD gummies to help fall asleep.

“How do I do it all? It is exhausting. I just say CBD,” said Kardashian. “I really that has gotten me through a lot….ever since I started feeling overwhelmed…starting law school and having a fourth baby.”

The Grammy-award singer is on record as being a CBD advocate. In 2004 she was diagnosed with cancer and has since used CBD products to manage gastrointestinal issues that have been the result of her cancer treatment.

The Brazilian model and celebrity uses CBD to reduce her anxiety before a fashion show and drinks CBD infused water daily to boost her health.

Bell, an actor, struggled with anxiety and depression since she was 18. One way that helps her serotonin imbalance is to take CBD oil under her tongue. She also uses a CBD tincture after a workout.

The long-time musician and actor has his own CBD brand called Willie’s Remedy which includes coffees, teas, and tinctures infused with certified organic full-spectrum hemp oil grown in Colorado.

The football player and three time New England Patriots Tight End turned to CBD when he retired from football. He partnered with CBD Medic in August 2019 after retiring from

“It (CBD) would have made a huge difference in my pain management during my career,” said Gronkowski, “and I know it can help many others who are looking for safe, pill-free solutions to managing pain.”

The former NBA player and Celtics Small Forward said he uses CBD. In June 2019, Pierce announced he would launch his own CBD cartridges that can be vaped by athletes to decrease muscle soreness.

The actor is a fan of CBD which helps her with anxiety and other mental health problems. She prefers CBD edibles like chocolate and gummies to alleviate her symptoms.

The fashion designer and television celebrity uses CBD oil to help with headaches and CBD creams for relaxation. She also uses CBD-infused skin cream as part of her beauty and skincare routine.

There’s no question that CBD brings a lot of benefits, and celebrities that use CBD will take it to improve their daily lives – whether it be their health and wellness, their mental-wellbeing, or their physical condition.

Scotch Valley Ranch Hemp is an online CBD Hemp store. We sell CBD hemp flower online and wholesale. Learn more about who we are, and the great CBD strains we sell, like Cherry Wine and Umpqua!